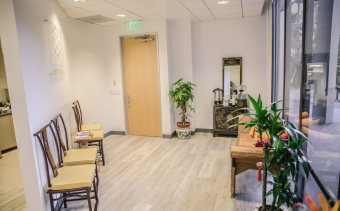 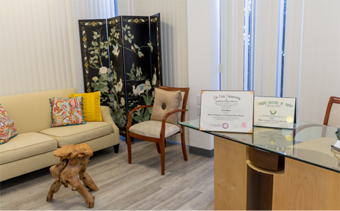 Many people may find acupuncture needles to be somewhat intimidating or maybe even terrifying. After all, for those who are not familiar with traditional Chinese medicine (TCM), these kinds of treatments may seem outlandish. However, there is actually nothing to fear from these needles, and you’ll find out why.

What acupuncture needles are for

To understand the function of the needles used in acupuncture, you first need to familiarize yourself with the principles of TCM. According to the principles of TCM, good health results from the balance in the life force that flows through each individual, called qi (pronounced “chee”). Qi flows along markers called meridians. When the flow of qi is disrupted, or is blocked in certain meridians, ill health can occur.

There are a number of ways that a TCM practitioner can help a patient restore the normal flow and balance of their qi. One of these ways is acupuncture, a practice that’s thousands of years old. Acupuncture entails the use of needles, which a practitioner inserts into the acupuncture points related to the patient’s symptoms. The needles are meant to correct the flow of qi by stimulating the right combination of acupuncture points.

Are the needles safe?

Generally, yes. In fact, the US Food and Drug Administration (FDA) holds acupuncture needles to the same standards that it holds medical equipment like syringes and surgical tools like scalpels.

It’s important to be discerning about the acupuncturist you choose. Research has found that acupuncture and the needles themselves are generally safe. However, the side effects related to the treatment seem to have something to do with the lack of hygiene and care by the acupuncturist. Even so, side effects are rare, and often occur accidentally or due to careless or unskilled practitioners.

Tram Pham, a Licensed Acupuncturist, owns and operates the Santa Barbara Herb Clinic. You can expect safe and effective treatment in her hands. She has a Master’s Degree in Chinese Medicine from Yo San University in Los Angeles, and she also has years of experience that have helped her hone her skills and techniques.

If you’re unsure about acupuncture and would like to learn more about TCM, you can schedule a consultation with Tram and get a feel of acupuncture as a practice. However, before you make an appointment for acupuncture, make sure to consult with your doctor first. You should also bring your medical records to the clinic so Tram can figure out the best way to help you.

Your first acupuncture session may yield some surprises, but there are some things that you can expect to happen. The acupuncturist will likely ask you to lie on your back, stomach, or side, depending on which acupuncture points need stimulation. The needles generally don’t hurt or prick like other needles, but you may feel a stinging or tingling sensation when your acupuncturist inserts the needles into your skin. You can have anywhere between 5 to 20 needles in one session.

It’s also possible that you’ll feel some numbness in the insertion sites. You may also feel a sensation of heaviness after the session, but these are normal. Even so, try to communicate the things you feel or experience to your Licensed Acupuncturist. This way, in the off chance that something has gone wrong, your acupuncturist can fix it right then and there.

Once the acupuncturist has inserted the needles into your skin, you can expect them to stay there for 5 to 30 minutes. However, just one session is also usually not enough to address symptoms. You may need to come back for several more sessions until the treatment is over.

Acupuncture needles are nothing to fear as long as they’re in the right hands. At the Santa Barbara Herb Clinic, they are. The clinic has been around since 1986. It was founded by Dr. Jean Yu, and grew for many years under the lat Dr. Han’s care. In 2016, ownership passed to Tram, and she has been continuing the clinic’s good work ever since.

You can get in touch with us and book an appointment by calling us at 805-563-0222. You can also email us at info@santabarbaraherbclinic.com. Our clinic is open from Monday to Friday, 9am to 5:30pm. For your convenience, you can also have a consultation with Tram over the phone or via video call. Contact us today to learn more about acupuncture by experiencing it yourself!

Fire Cupping or Dry Cupping might trendy nowadays due to some star athletes in the Olympics and health buffs swearing by its benefits. But this traditional healing method dates back to ancient Chinese, Egyptian and Middle Eastern cultures. There are old medical textbooks dating back to 1550 B.C. which describe how Egyptians used cupping therapy.

There are many benefits that come with this type of traditional healing technique. It mainly helps with inflammation, pain, relaxation, blood flow, and well-being. This kind of deep-tissue massage will invigorate your mind and body.

What is Fire Cupping?

Fire Cupping involves the use of small glass cups or bamboo jars that are placed on the skin. Placing these inverted cups over a small flame before placing them on the skin creates suction. The cups are left in place, usually on your back, and are gently moved across the skin. The suction in the cups causes the superficial muscle layer and the skin to be lightly drawn into the cups. This creates a gentle pressure to pull your muscles upward. It can loosen muscles, encourage blood flow, and calm the nervous system.

Just like acupuncture, fire cupping follows the lines of meridians, or specific points in your body. Based on these points, cupping can thus target specific health problems and align your energy flow. It detoxifies your body, clears blockages, and refreshes your arteries and veins.

Here’s a list of the common health benefits of fire cupping that can promote overall health.

During a Fire Cupping Treatment

While the cups are on your body, you will barely feel anything but the cups suctioning your skin. As a result, some might feel some pain while the therapist glides the cups over their back. You can let the therapist know about it and he or she can use a different-sized cup that is more preferable. The sensation of pain doesn’t last long, and it would give way to a relaxing feeling that invigorates you.

The red marks from the suction marks would usually be gone after a few days.

There are some patients that experience a great clarity of mind the next day after a treatment, and their back pain is no longer there. If you experience back pain that can’t be easily addressed through various massage methods, try fire cupping as another treatment that can relax and revitalize you.

Book a Session with a Chinese Medicine Practitioner Now

Santa Barbara Herb Clinic offers fire cupping as one of its specialties in a long list of natural healing treatments available. Our Chinese Medicine Practitioner and licensed acupuncturist will make a full assessment of your health and create a customize treatment plan for your specific health needs. Book an appointment now and experience the wonderful benefits that come with natural and holistic treatments.

The Many Benefits Of Chinese Cupping | PCOM – https://www.pacificcollege.edu/news/blog/2014/09/20/many-benefits-chinese-cupping

All Natural Healing, Acupuncture and Herbal Medicine in Santa Barbara